Find a bike shop near me
AU/EN
“This is for all the people who have believed in me” – Dani Martínez dedicating his win at the Critérium du Dauphiné race.

Hailed as one of the most significant races on the cycling calendar, the Critérium du Dauphiné is a multi-day, multi-stage road race that winds through some of the most beautiful countryside in southeast France. A key indicator to who could take victory in the upcoming Tour de France itself, this year the Pro Tour event was held in mid-August: and after five frenetic days of tough racing, who took the win? A young Colombian by the name of Daniel Felipe Martínez, racing for EF Pro Cycling no less. It all came down to the wire – here’s how he did it.

The Critérium du Dauphiné is typically filled with finely tuned team tactics, last-minute drama and surprises at every turn. Sunday’s finale was no exception, when several strong riders dropped out before the fifth and final stage, leaving the GC battle wide open. The final stage served the riders a myriad of climbs throughout 153.5 kilometers in the striking French Alps – featuring eight classified climbs, including the Hors Categorie Col de Romme and Col de la Colombière.

The beginning featured two ascents of the Côte de Domancy where a dozen riders broke away with a small advantage over the rest of the group. On one of the few flat roads this stage offered, the strong lead group continued to hold a narrow advantage of just 15 seconds over the rest of the peloton as they neared the Col de Romme. Realizing the opportunity Martínez and teammate Hugh Carthy were able to join the front group as it expanded to 23 riders over the descent from the summit. Over the next climb, strong GC riders Pavel Sivakov and Julian Alaphilippe ventured out on their own in a bid for stage glory, but the strong group containing Hugh and Dani continued to chase on the descent off the Col de la Colombière.

The situation changed quickly when Martínez became the race leader on the ascent of the Cote de Domancy as he closed the gap on the leaders. Dani had six seconds on Astana’ Miguel Ángel López and looked calm and strong as he eventually increased the distance between them to 30 seconds.

The chasing Astana rider was looking like Dani’s only competition for the general classification before the riders reached the final climb. But with 9 kilometers to climb to the finish Thibault Pinot, sitting just 30 seconds off the virtual race lead, increased his effort to try and close the gap to the Colombians. Martinez, aware of the pressure from behind, charged up the climb and dropped his compatriot from their select group. With 7.3 kilometers to go, Pinot increased his effort to try and take the race win as he shortened the gap between him, Martínez and Lopez. Pinot eventually passed Lopez and moved to second place and was 22 seconds behind Martínez with 5.8 kilometers to go. With 1.5km left, Martínez had only 12 seconds on Pinot, and it was constantly in flux as Pinot kept attacking. Martínez responded and changed the tempo stamping hard on the pedals with just one kilometer to go. American Sepp Kuss won the stage, but it was Dani Martínez who crossed the line second to secure the overall win of the Dauphine in a grueling and highly entertaining race.

“It’s one of the most amazing days of my life, it’s one of the most important races and I’m just so happy to have achieved it. I’m still so tired from the race and still can’t quite believe that it’s happened. It’s incredible, the last race we raced was in Colombia and we won and then we’ve won here today too at the Dauphiné.” – Daniel Martínez

“It goes without saying it was an intensive day. When we heard Roglič wasn’t starting, we knew that it was going to be a day that the race could be turned upside down. The move in the beginning was a little on the backfoot, and the team really stepped up there and laid it down for Dani. From there, it was trying to manage the rivals and manage the energy that we had. Dani was absolutely on top of his game. He really held his nerve and didn’t crack. It’s really nice to get a win like this for the whole group because everybody worked really hard to come back for these races.” – Charly Wegelius/Sport Director

The win sets up EF Education First with the depth of proven talent to take on the Tour de France starting August 29th and going through September 20th – it’s the first time in history teams will be chasing the Maillot Jaune so late in the year. EF is ready with a potential roster of riders capable of stage wins and a target for the final podium in Paris. This year’s Tour de France is going to be one for the ages. 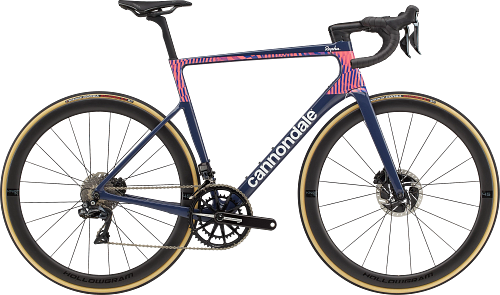