In our recent Chronicles story entitled, “Let’s Ride! The Solo DK DIY”, we profiled Cannondale stalwart Ted King as he took on an incredible gravel ride, venturing from one corner of Vermont to another, covering over 300 miles along gravel roads the entire distance: in one bike ride.

A gravel ride of this stature would be a nightmare without proper planning – if you are looking to get out there and make the most of the open road, it’s best to think ahead and organize. Whether it’s just a few miles through the local forest or bike packing across the ridgeway, planning definitely helps. If you’re looking to cover some serious ground, the right kit, the right bike, and a mapped-out journey will pay dividends. But where to start? We spoke to Ted about how he devised, planned and unquestionably enjoyed his amazing gravel ride. Read on.

How did the DIY gravel plan come about?
There are three pieces to the puzzle. The first is the DIYgravel initiative I started this year, where I ride the original event distance on the original event day. So, May 30th meant DK and I wanted to ride at least 200 miles. . The second part is the really cool ride, 200 on 100, that covers the entire state of Vermont, from its northern border to its southern border. That’s 200 miles entirely on Route 100, hence the simple name. I’ve done that a handful of times with friends, let people know where we are on route and they join for a mile or twenty miles, and it’s just an amazing all-day adventure on the bike. And third, I’ve become friends with Joe Cruz, who’s a philosophy professor, Vermonter, life-long adventure cyclist, plus contributor to Bikepacking.com. I had asked him a while ago if he knew of a 200 on 100’esque ride, but on gravel and that sent him to work. Around the time I was scheming a unique DIY Gravel DK edition, Joe got back in touch with me with a meticulously planned gravel route from the northeastern corner of the state to the southeastern corner. 310 miles, 90% on gravel, more than 31,000 forecasted feet of climbing… and it ended up being more than 34,000 feet in fact… and a large portion of it all done on Vermont’s unmaintained class-4 roads.

What was the name change for DIY Gravel DK inspired by? Ad Astra?
Ad astra per aspera, means ‘to the stars through hardship’. That’s the Kansas state motto, which celebrates the enormous, expansive landscape and the difficult manner in which the original settlers came to call Kansas home. Every gravel event worldwide, is in the midst of hardship with the global pandemic. So, in an effort to make the best of the scenario, they have dubbed 2020 Ad Astra, To the Stars. There’s a lot of meaning to beating sunset at DK or if you don’t do that, then racing under the stars. It seemed fitting to put this name by DIY Gravel DK edition, as I’d likely be racing under the stars given the length of the ride!

You have a stable of bikes that are all capable of gravel rides to varying degrees, with your prep work for DIY Gravel DK, what bike were you planning to ride? And why?
To be honest, going into this ride I thought the Synapse would be the best bike for the job. In fact, even a mile into the ride, I thought I was on a bit too much bike for such a trip. See, Vermont has more gravel roads than paved, and so many of them are silky smooth main roads of transit, so I’m riding my road bikes, Synapse and SuperSix EVO, on gravel around my house all the time. Knowing that I have a 310-mile ride ahead of me, knowing that I have an ‘accidental Everest’ and then some to climb, I just figured that the Synapse would be the best mashup of comfort and speed for DIY Gravel DK. Joe planned the route and knew that there were some class 4 roads. He meticulously scouted RidewithGPS®, studied online public records town-by-town, and event sent some friends who live up north on the mission of scouting particular sections. The Synapse still seemed to be the bike of the job… when I thought there were just a few miles of class 4. It wasn’t until I was riding that I realized it was dozens and dozens of these gnarly roads.

After riding the Slate for as long as you did, and the revolution that this created in the industry, how would you compare and contrast Topstone Carbon Lefty with Slate?
The Slate has so much raw character. The bike is just fun and playful with its 650 wheels and especially front suspension on a gravel bike. Backtrack to 2015 when it first launched, and it was ahead of its time. So, with the iterations over time, the Topstone Carbon Lefty still has that Slate heritage, but now the Topstone is made with the contemporary desire to explore. The ability to add fenders and panniers and strap loads of other stuff to the bike is really helpful for extended time off road. And that’s not to mention the Kingpin rear suspension which smooths out the bumps to especially enjoy all day in the saddle.

What were your expectations of the Topstone Carbon Lefty prior to the ride?
I’d ridden the bike a bit and quite frankly I thought it was a lot more bike than I needed for this ride. Among the other rides I did leading up to DIY Gravel DK was a couple laps on my local singletrack. I ride my mountain bike on that loop all the time, but haven’t ever taken a gravel bike on it, nor would I if it weren’t for the Topstone Carbon Lefty-equipped bike. I especially got a kick out of seeing a pair of friends who were on their 5” travel full suspension rigs and there I was on the Topstone Carbon Lefty. I’d also linked together some rides on pavement and knew the bike was still plenty quick, but this goes back to my original thinking that I would be on a road bike and it seemed like Topstone Carbon Lefty was much more than I needed.

Did you have any reservations about riding Topstone Carbon Lefty for this ride? What were they?
Long story short, I just thought it would be a lot more than I needed. I thought the Lefty was much more than necessary, I thought having clearance for 48c tires was more than I needed, I thought Kingpin might help smooth out the super long day, but still not necessary. I thought that riding a bike a long distance, lightweight speed was going to be the best thing for me. But it’s always fun to ride a new bike, so even with those reservations, I didn’t think it would be a big deal.

How did your expectations evolve as you were in the middle of the ride – what about at the end of the ride? Days after the ride?
Thankfully, I was way off base thinking that a road bike was going to be optimal. It was especially early in the ride when I was riding mile after mile of wet, slick, muddy, rough class 4 roads, thinking “Man oh man, I’d be walking half the time if I weren’t on this bike!” That message only echoed that much louder as the route continued in this punishing manner. At the end of the ride, I was just empty. This was 100 miles longer and ten hours longer than my longest ride, so I was so deep in uncharted territory that I was seeing sideways. I appreciated the bike at the time, but it takes hindsight – and a good night of sleep – to recognize how much the bike saved me. To be honest, I’d either still be out there or would have cut my losses if I were riding just a road bike for an adventure like this.

What was the terrain like and how did the bike meet the terrain features you encountered on the ride?
Come to Vermont and I’ll show you around! It’s a bit of everything, from buffed, smooth gravel roads to the much more common class 4. I’d describe class 4 as unmaintained with rocks of all sizes trying to prevent you from getting between start and finish. They’re often really rutted with the occasional car-eating puddles. They’re rarely flat and you’re going up or down anywhere from 10-20% grades. Its damp New England topsoil mixed with these rocks, so it’s generally tacky, but then the rocks get slick. So then when you do encounter a proper mud bog, that’s just wild, but part of the adventure.

How did the bike feel after 15 hours of riding?
I felt like I knew I had five more hours! At that point, it’s just robotic. Pedal, pedal, pedal. For better or worse, I still had three big climbs, including the longest, highest point of the day, so I couldn’t get discouraged knowing that there’s still that to overcome. I still felt fine the whole day, just exhausted. It’s funny, I’m accustomed to riding my bike a long distance. I rode my road bike 180 miles to my parents’ house the week prior to remind myself what a long ride is all about. I felt like nearly a million bucks the next day. But the day after this ride, I could hardly get out of bed. I’d pushed my body so far past the point of exhaustion and was just beat up. It was wild. But two days later and I was already back riding and feeling A-okay.

What one feature provided the biggest benefit on the ride?
How about the wide accommodations of the Topstone Carbon Lefty? I’d have a hard time tacking it down to one thing but having Lefty up front and just a little bit of give with Kingpin was super helpful. The ability to ride wide tires was incredibly helpful. I rode 650x48c slicks, run tubeless, and that made for a speedy ride at every opportunity, but still plenty of grip on the 90% gravel route. And a wide selection of gearing thanks to SRAM’s Eagle AXS saved my legs for such a long day out there over so much steep, pitchy terrain. I used every tooth of that 10-50 cassette and honestly wouldn’t change a thing if I were asked the ride the same route tomorrow!

How would you compare Topstone Carbon Lefty with its other more remote sibling, the the SuperX?
My first ride on the Topstone Carbon Lefty, I rode on road, off road, gravel roads, and some really fun singletrack mountain bike trails. I’ve never believed it before, but this is really a bike that can do it all. No, it likely won’t win a hillclimb and it won’t get the top time in a downhill race, but it does so much that it’s a blast for all day riding. The SuperX is a champ in hard-nosed racing. It’s a purebred race bike, still with nice wide compliance, but that’s a race bike, whereas the Topstone Carbon Lefty is an everything bike.

What is one misconception that a non Topstone Carbon Lefty owner might have about this bike?
I’d say there’s the constant worry that this bike isn’t fast enough or that it’s somehow slowing you down. Despite not being a featherweight UCI illegal 6.8 kilos, and even with Lefty Oliver, the bike is plenty fast on road and then gets amply when it really meets its home turf off-road.

Describe the Topstone Carbon Lefty in one sentence!
Your next bike. 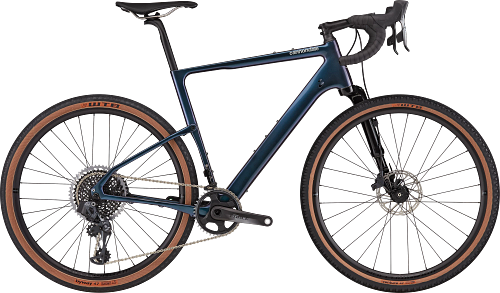 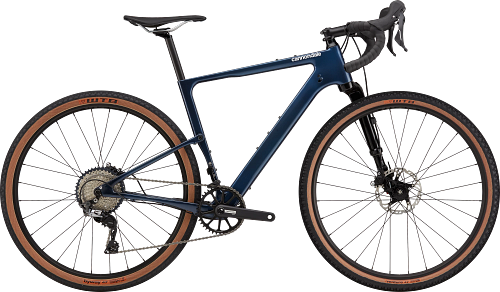 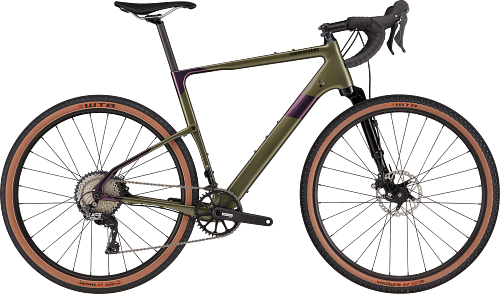 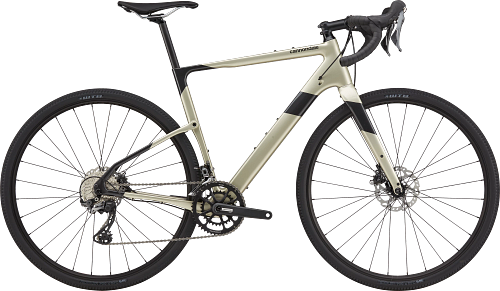 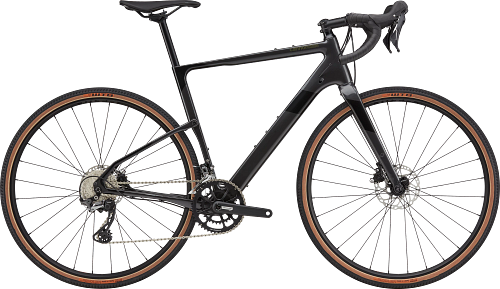