Spedizione a domicilio disponibile: Maggiori informazioni
Trova un negozio di biciclette vicino a me
IT/IT
A quick Q&A with one of the fastest and brightest stars on the mountain bike race scene – her First, Best, and Last.

Ella Conolly burst onto the Enduro World Series scene a couple of years ago as a young rider from Scotland with a big heart, huge enthusiasm, and infectious smile. Few riders in the modern race pits are having as much fun as Ella; but she's not just there for a good time, she's there for a fast time – Ella ended up winning the Junior Women's World Title by clean-sweeping the entire 2018 season, winning every single race.

Ella now enjoys racing in the Women's Elite class – travelling the world and making the most of her natural talent. Here's Ella Conolly in her own words in our First, Last & Best feature.

When was the first time you rode a bike?
The first time I rode without stabilisers was at a campsite in France, aged three. My dad gave me a little push and I had no choice but to pedal! I don't think I crashed... so that must be a success.

What was your first bike?
My first bike was a little blue thing with stabilisers and a box on the back to carry my favourite toys round. I'm pretty sure it also had tassels on the handlebars. It was £5 from a charity shop when I was two years old. It didn't last long – I soon needed an upgrade to take off road.

When was your first bike race?
My first race was a local dirt crit aged 10. I'd been watching my brother race for a couple of years and wanted to give one a go myself. I won, but there wasn't a lot of competition at that point. The local girl’s scene has grown massively since then which is so cool to see.

Can you remember the first time you thought, ‘riding a bike is going to be a big part of my life’?
Riding bikes has always been a huge part of my life. When I was a kid, we spent every weekend and family holiday on bikes. I don't remember wanting to do anything other than ride my bike as a career, but that didn't feel realistic until I started training with British Cycling for XC World Cups.

When was the first time you were genuinely lost on a bike ride?
When I got my first road bike it opened up a whole network of little roads to explore from home. I'd just set off and see where I ended up, which sometimes led to some panicked pedals.

What’s the first thing you grab when you go for a bike ride?
Snacks! I often mistime rides and end up being out longer than planned, which isn't too much of an issue if I've got plenty of fuel.

What was your very first big trip with your bike?
We often rode bikes as a family in the Alps when I was a kid. But the first trip that stands out was for a Junior XC World Cup in Germany with British Cycling. It was a ridiculously muddy race and I felt very out of my depth.

Who was your first cycling hero?
Rachel Atherton. My first memories of seeing any racing was at the Fort William World Cup and I remember thinking she was the coolest person sending it down that crazy track. Total fangirl and really fired me up to race. Every year I'd ask for a photo with her which I've still got.

When was the last time you were genuinely lost on a bike ride?
I haven't been lost in a long time – thanks to smartphones, not my sense of direction! It's a shame actually – having maps and directions to hand all of the time takes some of the adventure away.

What was your last race?
My last race was Crankworx Innsbruck in October. I raced dual slalom and downhill. It was my first proper DH race and on my enduro bike – I ended up in sixth behind some speedy DH riders which I was stoked with.

What was the last bike you bought?
I saved up for ages to buy a carbon XC bike so that I had something lightweight enough to race competitively on. My mum actually has it now and still rides it.

What was your last big injury?
I broke my elbow last year which was my first proper broken bone! During practice for an EWS in France I had a big over the bars in a rock garden and was airlifted to hospital. I was off the bike for about six weeks, but it felt like a lot longer.

What’s your last meal prior to a big day on a bike?
A big bowl of porridge for breakfast with all the toppings. It's the best way to start every day.

When was the last time you rode somewhere completely new and surprising?
I was very lucky to be able to travel to some new places in Europe this summer between races. The standout place has to be Pila bike park. Dusty heaven. I'll definitely be back.

What’s the best thing about riding a bike?
That kick you get when going super-fast down a hill or nailing a technical section. So I guess the adrenaline! Always puts a huge smile on my face.

What was your best time on a bike?
This summer in Europe. It had been a while since I'd gone somewhere totally new to ride rather than race. We got to ride so many cool places with a sweet crew. It's the best I've ever felt on a bike and my riding improved so much. Following riders that were better than me and hitting some big features felt sweet!

What was your best bike race?
Madeira EWS last season. It was an incredible place to ride and I was just having so much fun during practice. It was my first elite podium in my first elite season which I wasn't expecting so soon.

What’s the best trip you’ve ever been on?
My trip to New Zealand to race the NZ Enduro and the Rotorua EWS is definitely up there! I was there for a month and started on the South Island then drove up to Rotorua with a couple of friends. What an adventure and such an insane place. We then went on to Tasmania for another EWS which was such a cool experience. Can't wait to go back.

Who, in your opinion, is the best bike rider ever?
A lot of people spring to mind here. But as a racer I'm going to say Greg Minnaar. Having the most male DH World Cup wins and a such a lengthy career is pretty impressive.

What’s the best bike you have ever owned?
My current bikes now. It's impossible to pick one! I switch it up on a daily basis between the Topstone, Jekyll and Habit and they all feel like the best of their kind.

Outside of cycling, who would you say has been your best influence?
My brother! If it wasn't for him, I probably wouldn't have ridden as much or started racing. He's the best person to follow down trails, he's so aware of my ability and gives lots of hints and tips.

What would be the best advice you would give a younger version of you?
Believe in yourself. 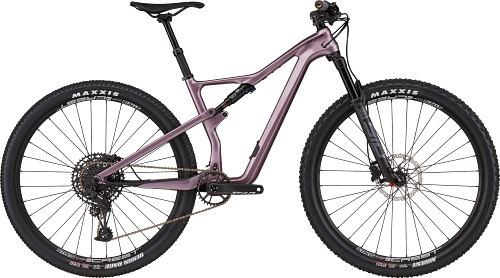