We have a history here of pushing the envelope when it comes to bicycle technology, particularly when it comes to racing. We were the first to the front of the pack with oversize aluminum framesets in both mountain and road bike racing, we shook things up again with the Lefty single-sided suspension fork, and much more besides. Everything we develop on the race circuit improves the bikes you ride.

In the past few years disc brakes have been making their way into elite road cycling – with a few inevitable bumps along the way. Again, we have been at the forefront of change and revolution – this season EF Education First Pro Cycling will be 100 percent disc brake-equipped. This is a big deal: disc brake development for road racing did not come easily and not without resistance from keyboard warriors and the powers-that-be alike, and to get here has taken time and huge effort.

Read on as we tell the story of what it takes to shake up the cycling establishment with new technology, and we also hint at what’s coming next.

Evolution in the professional cycling ranks, all sports for that matter, is often an exercise in patience, acceptance and change. First, in cycling, it was going from wooden rims to alloy, then derailleurs, then quick releases, then integrated shift/brake levers and now… disc brakes. Sure, that list skips a few, but those are the ones that may have had the most tumultuous path. It has been said that the best things don’t come easy and disc brakes in professional cycling are no exception. Is it possible, that since it has been such a long adoption, that it is an exponentially better solution to stopping a bicycle?

Possibly. So, let’s dive into the timeline.

Let’s rewind to Spain, late 2014. At the Cannondale-Garmin Pro Cycling team camp, disc brakes were subtly introduced to the team with a plan for a select group of riders to receive disc brake-equipped ‘home bikes’ halfway through the season to train, test and evaluate. Then, a handful of those would race disc brake-equipped bikes at three specific races in 2015. Not surprisingly, very few riders raised their hands to volunteer. The comments made at that time would become commonplace in the professional cycling ranks.

First, concerns about mixed braking systems (rim brake and disc brake) in the peloton could lead to crashes based on the increased (better) stopping power of disc brakes.

Next, fear of injury from hot rotors in a crash (burns) or even cuts and gashes from the brake rotors themselves.

On the equipment side, the disc brake systems were not ‘top of the line’ components. They were heavier, a bit bulkier and the levers had a different feel in your hands. And, both mechanics and riders were concerned about slower wheel changes during the intense moments of the race.

The 2015 season rolled on, and as the racing wrapped up at Il Lombardia in Italy, only one Cannondale-Garmin rider had ridden disc brakes in a professional race. Legendary cyclist Vincenzo Nibali won the race… on rim brakes.

In hopes of building on the momentum from the 2015 season, the team met up in Spain once again for the first camp before the 2016 racing season. In preparation for the coming year, Cannondale supplied 100 SuperSix EVO disk brake and 35 Synapse disc brake bikes to fill the needs of the 28 riders in races and at home. Cannondale would be the FIRST professional team to supply disc brake bikes to ALL riders for training. Extensive testing was done on some of the harshest roads the riders would encounter during the year and, as in the year prior, the team would select two riders to race on disc brakes… with one change. There would be two riders in EVERY race on disc brakes.

The plan was being executed, with positive results, until an unsubstantiated (and later ‘debunked’) claim by a rider involved in crash derailed the testing period for disc brakes. The rider claimed that at Paris-Roubaix, the biggest race of the Spring, he was involved in a crash with someone riding a disc brake bike and suffered a sizeable gash on his leg. The claim was later proven to be false and the injury was actually caused by the front chainring of another rider’s bike… but the damage had been done. Professional cycling’s governing body, the UCI, suspended disc brake testing and Cannondale had to resupply the team with a full complement of rim brake framesets.

Leading up to the suspension, and for a short time following, the riders trained on their disc brake bikes. The feedback was mixed, but the majority was negative. Heavier wheels, mediocre brake performance and bikes simply being heavier were the leading issues. Shortly after the testing period suspension by the UCI took hold, and most of the riders stopped training on the disc brake bikes.

With the 2016 racing season wrapped up and the off-season over, the team convened in Aspen, CO, for the first camp before the 2017 racing season kicked off. All team riders were assigned to bikes to use at home for their training – a rim brake and a disc brake-equipped bike. While many of the riders chose to train on the disc brake bikes, when it came to racing there was not an overwhelming adoption of the new technology. The 2017 season came and went with little fanfare about disc brakes even though the technology was continuing to prove that it was better across the board.

Still with us? Good, because big changes are afoot and 2018 would be a breakthrough year for the adoption of disc brakes. For the fourth year running, the riders all received disc brake bikes for training. The decision for racing on disc brakes was left to the team when the bike selection was the SuperSix EVO. A major change was that ALL of the Synapse bikes that would be used in the early year Spring Classic races would be disc brake. In addition, the team was presented with the entirely new SystemSix bike that is only offered in disc brake version. The aerodynamic advantages of the SystemSix, along with the new advances in disc brake components, made it an incredible weapon in the team’s arsenal. By the 2018 Tour de France in July the team had incorporated more than 70 of the new SystemSix bikes and had been running a mixed logistics program for servicing riders riding both rim and disc brakes in the same race. The 2018 season wrapped up as an enormous step forward in adopting disc brakes in the professional peloton for Cannondale.

Meanwhile, how were the other teams reacting? The adoption of disc brakes among other pro teams in the peloton began to take hold – teams were sprinkling in disc brakes, certain riders were selecting disc-equipped race bikes, and in select events entire teams opted to race disc brakes.

We’re catching up now and entering the 2019 season. This was the tipping point for disc brakes becoming the norm for the (now) EF Education First Pro Cycling team. As in previous years, the riders would receive bikes with both types of brakes for training. Leading up to the Tour de France, we launched the new SuperSix EVO and 21 of the 29 riders transitioned to the disc brake version of the incredible new bike. It meant that the team was overwhelmingly on disc brake bikes using the SystemSix for the flat and rolling races and the new SuperSix EVO disc when the roads pointed up. Here are the full stats:

As the 2020 season kicked off in Australia in January, here is where things stand. EF Education First Pro Cycling is 100 percent disc brake for training and racing. The two main bikes that will be used are SuperSix EVO disc and SystemSix. For the rougher Spring Classics, the team will transition away from Synapse disc to SuperSixEVO disc.

The full adoption of disc brakes by the team was more than five years in the making. Over that period, the bicycle frames got lighter, the wheels became lighter and stronger, frame designs improved and became more aerodynamic. The disc brake and drivetrain technology took giant leaps forward reducing weight and increasing performance. All of this work allowed Cannondale to offer the team a disc brake-equipped bike that could be built to less than the current UCI regulation limit for being TOO lightweight…

Our team has come through the other side of the long adoption process with a more streamlined offer of bikes for the riders that perform exponentially better than the bikes they had five years ago. Now that the team has the fastest bikes in the world, they can focus on becoming even faster with even newer technologies… tubeless tire systems anyone? 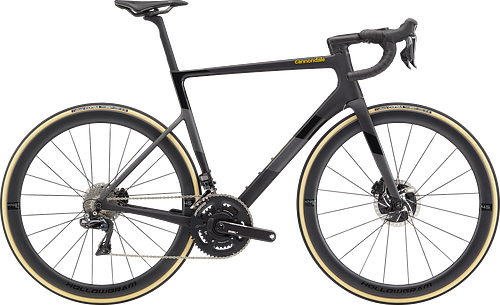 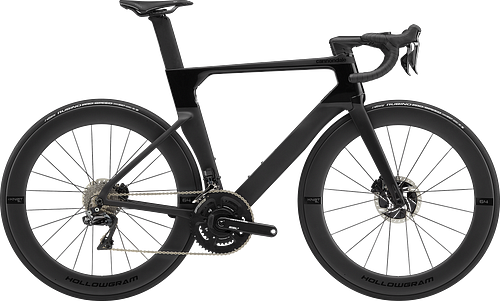